The story of Cyprus is a tragic one. Following 3 centuries of Ottoman rule and 1914-1960 by the British, the early 1960s saw Greece making moves to take over the island — and in 1974 the Turkish army moved in. The island has been divided since — including its capital city of Nicosia, seen here at its primary border crossing. The heavily guarded border has been opened to crossing by both Greek and Turkish Cypriots, as well as foreigners, since 2003 — with 2 new crossing points opened last year.

A majority of Turkish and Greek Cypriots still long for peace between the two sections of Cyprus. “Northern Cyprus,” however, as called by Turkey — a still-contested area, the sovereignty of which is unrecognized by the rest of the world — has now seen an influx of immigrants from Turkey. Complicating matters further are the numerous unresolved property disputes resulting from the partitioning, and the still-missing persons, on both sides, from the 1974 conflict. Seen here: street art on the Turkish side of the Nicosia, or Lefkosa, dividing wall. 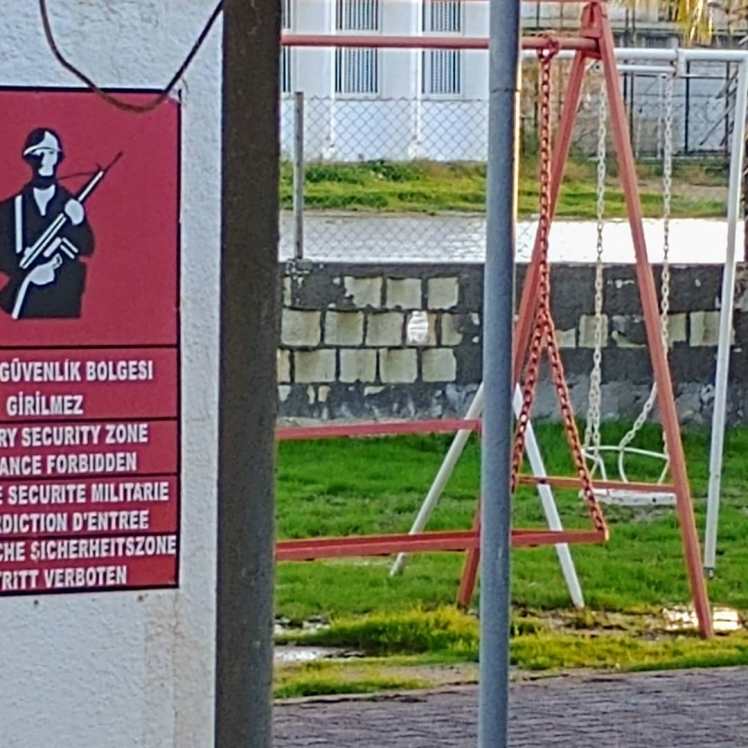 Famagusta, “Northern Cyprus” — the most heavily affected, traumatic and controversial, in the ongoing conflict. Once a major resort area, whole sections have been barricaded off since the 1974 conflict, the buildings — condominiums, private homes, restaurants, luxury hotels — left to decay. A ghost town.

The fortified castle in Famagusta, “Northern Cyprus,” a legacy of the Venetians and Genovese, saw Turkish Cypriots hiding there during the 1960s aggression of Greece toward possible annexation. It was used by the Turkish army during the 1974 invasion, and remains the home of many Turkish Cypriot families today.

Cathedrals converted into mosques — and, vice versa: this has all too often been the story of Europe and its conquests. [Famagusta, “Northern Cyprus”]

Famagusta, “Northern Cyprus” — a bronze victory monument in a hotly contested area, the sovereignty of which is unrecognized by none of the world’s nations other than Turkey. Even so: it is a monument to those Turkish Cypriots (and Turkish soldiers) who lost their lives during the 1974 conflict, and as such…remains poignant.

[A separate post on Republic of Cyprus yet to come.]