Croatia is perhaps one of the more well known of the Balkan states, an EU member, and on schedule to join next year the Schengen border treaty and 1st stage of Eurozone. Following 73 years (1918-1991) as part of socialist Yugoslavia and 2 wars in the early 1990s, the country today is stable and thriving. 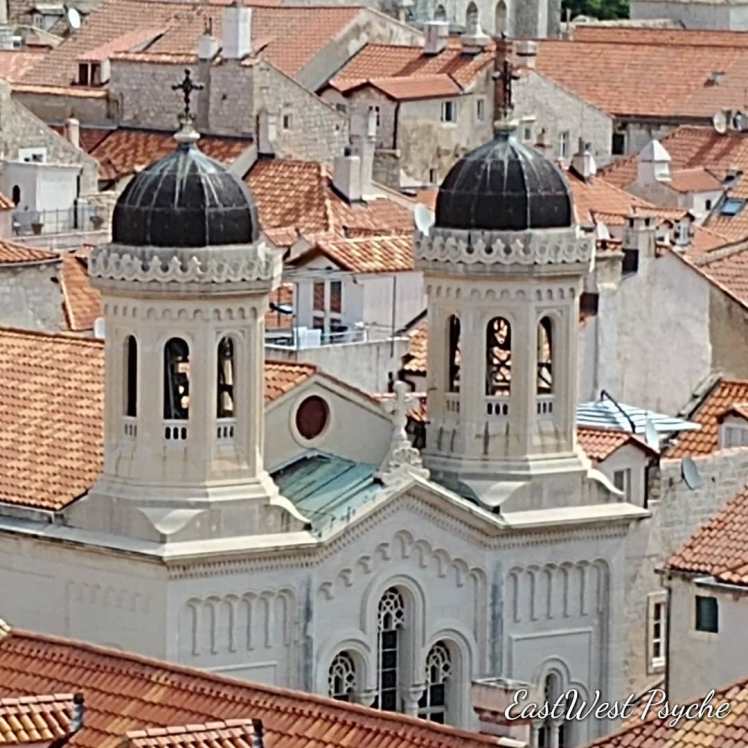 Croatian culture is a fusion of 4 influences: bridging both western and eastern Europe since Roman times, as well as central Europe to the north and the Mediterranean to the south — and of course the Balkan or Slavic identity. The nation has no official religion but is 91% Christian, 86% of those Catholic.

The arts are of significant importance in Croatia. Seen here is the National Theatre in the capital city of Zagreb; the nation has 95 theatres in total. Croatia was a centre for the arts in the Medieval era, and its Dalmatia region, under Venetian rule at the time of the Renaissance, saw a similar flourishing of the arts. This interest continues strongly today.

One of the folk arts for which Croatia is well known is that of lace-making, and also linen craft. Croatian lace-making dates back to the Medieval era when the country was especially notable for its arts, and in 2009 was inscripted by UNESCO as Intangible Cultural Heritage of Humanity. Lace was often made in nunneries; three areas noted for their lace include Hvar, Pag, and Lepoglava.

Croatia keeps its traditional markets, centres of community, where handcrafts and artisanal products are sold alongside produce and flowers. Seen here is NENO in Zagreb. Comfortably parallel to contemporary Croatian life, traditions are still upheld.

Croatians also have a knack for irony, or perhaps just a taste for the unusual: this Museum of Broken Relationships, in Zagreb, displays memorabilia alongside personal stories, some handwritten, of relationships lost — a full spectrum.

Some Croatians experience a broken relationship with their government and its systems, a trend in many western countries. Antifa has a presence in Zagreb — as do its detractors. On 22 June each year, Croatia celebrates “Anti-Fascist Struggle Day,” a national holiday in honor of its efforts against both Fascist Italy and Nazi Germany in WWII; after 45 subsequent years under Communist rule, they are sensitive to any hint of repression, corruption, or injustice.

One of the most well known sights of Croatia is the fortress of Dubrovnik, and the town’s maritime history. With a mainland coast of 1,777km and an additional 4,028km around its 1,000+ islands, Croatian culture is particularly defined by the sea.