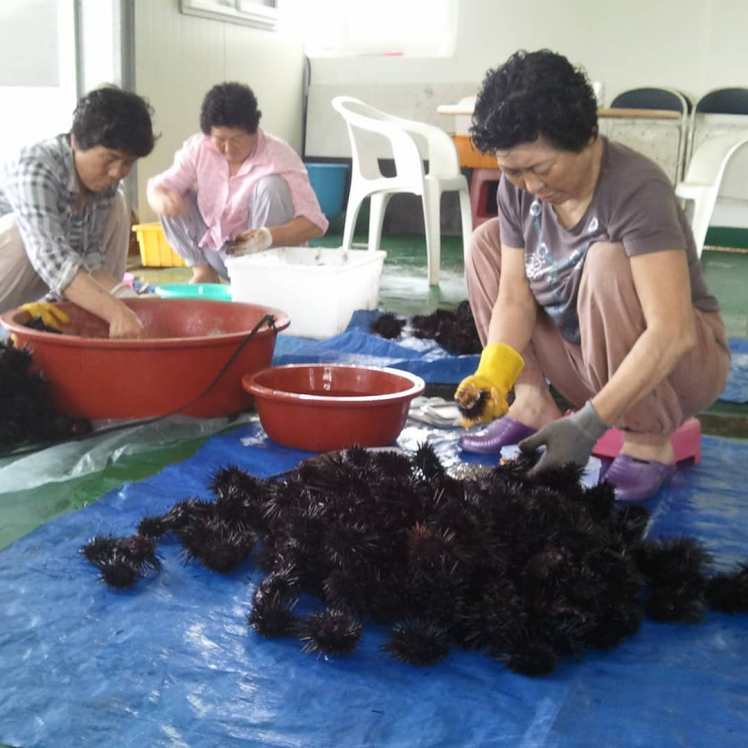 EWP’s “100 Countries” project (part of an upcoming book series on intercultural competency) provides tiny windows into a culture — this one, of Jeju Island [South Korea] traditional free-diving grandmas as they clean a bountiful catch of purple sea urchins.

Another window into the culture of Jeju Island, South Korea: a 5,000-year old practice of shamanism, an animistic religious and healing tradition inherited from central Siberia. Seen here: the UNESCO-inscripted annual rite to Yeongdeung Halmang, goddess of wind and sea who visits the island for 2 weeks each spring to bestow Her blessing — or not.

[We will be returning to South Korea in later posts.]